In Gallura 27% less recruitment than in the whole of Sardinia

Aspal and Chamber of Commerce report on the Coronavirus. Olbia reaches 110 thousand inhabitants in summer

The strategic importance of Olbia and Gallura for the economy and employment in Sardinia emerges from two separate studies recently published - one by Aspal, the other by the Chamber of Commerce of Sassari - on the effects produced on the island by the Coronavirus. 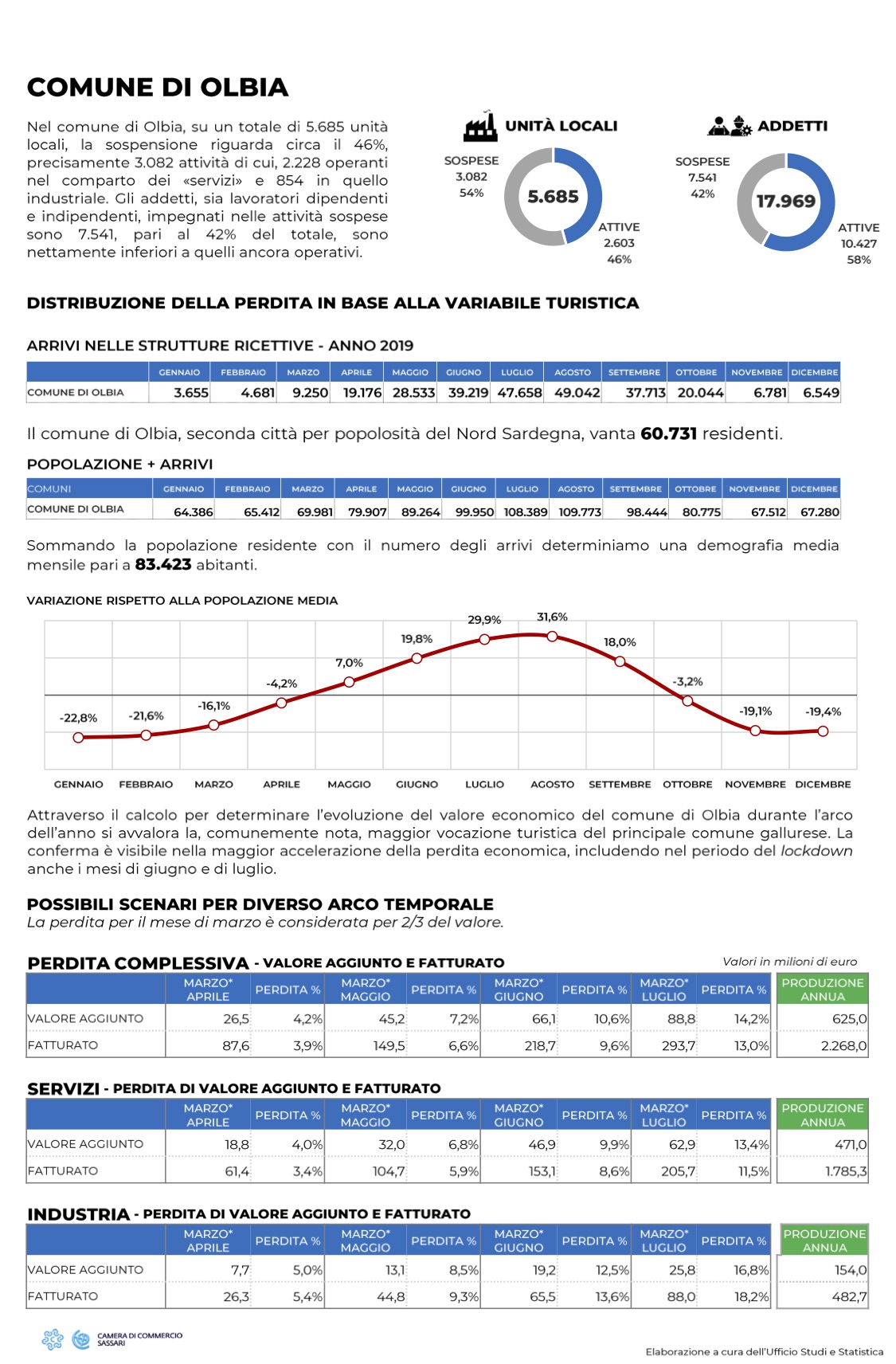 apprenticeship, parasubordinate, intermittent. In the same period of 2020 they were almost 42 thousand less.

The most affected sector was tourism and the most penalized area was the north-east of Sardinia. Gallura in 2019 had insured 21% of all recruitment in Sardinia. In particular, the Olbia area - including the municipalities of Santa Teresa, La Maddalena, Palau, Arzachena, Golfo Aranci, Loiri Porto San Paolo, San Teodoro, Budoni - had guaranteed 19.2% of recruitment between 19 February and 5 May. The Tempio zone, 1.9%. In absolute terms, the contracts signed in Olbia had been 13,601.

In second place, on the Island, there was Cagliari with 11,093 contracts. In the same period of 2020, instead, there were almost 42,000 fewer employment contracts all over Sardinia (41,823, to be exact) and of these 10,417 in the Olbia area and the other coastal municipalities of Gallura and 788 in the Tempio district. In Gallura there is a 26.7% drop in contracts in the whole of Sardinia.  Only in the hotel and restaurant sector, 18,000 fewer contracts were signed than in the rest of Sardinia. The Coronavirus impact, therefore, has particularly damaged the Gallura economy but, indirectly, the whole Region: many workers who find a job in the north-east of Sardinia come from all over the island.

The important role of Olbia and Gallura for the Sardinian economy is also highlighted in a report by the Chamber of Commerce of Sassari that analyzes the economic losses caused by the Coronavirus, with the division between suspended and active companies. The study reports - based on Istat data - that the local units suspended in Olbia are 3082 (equal to 54% of the total) and those active 2603 (46%). There are 7541 employees in suspended activities (equal to 425) and 10,427 in active activities (equal to 58%).

Policy: this site or the third party tools used by it also use profiling cookies helpful for the purposes illustrated in the information document about the management of personal data (privacy policy) and cookies. The use of technical cookies is essential for the site usability and by continuing to navigate you accept their use. If you do not agree to the use of profiling cookies click on Decline.
More information Ok Decline