The maintenance of the productive district of Olbia starts

Regional funding to Cipnes for the viability and hydrogeological safety 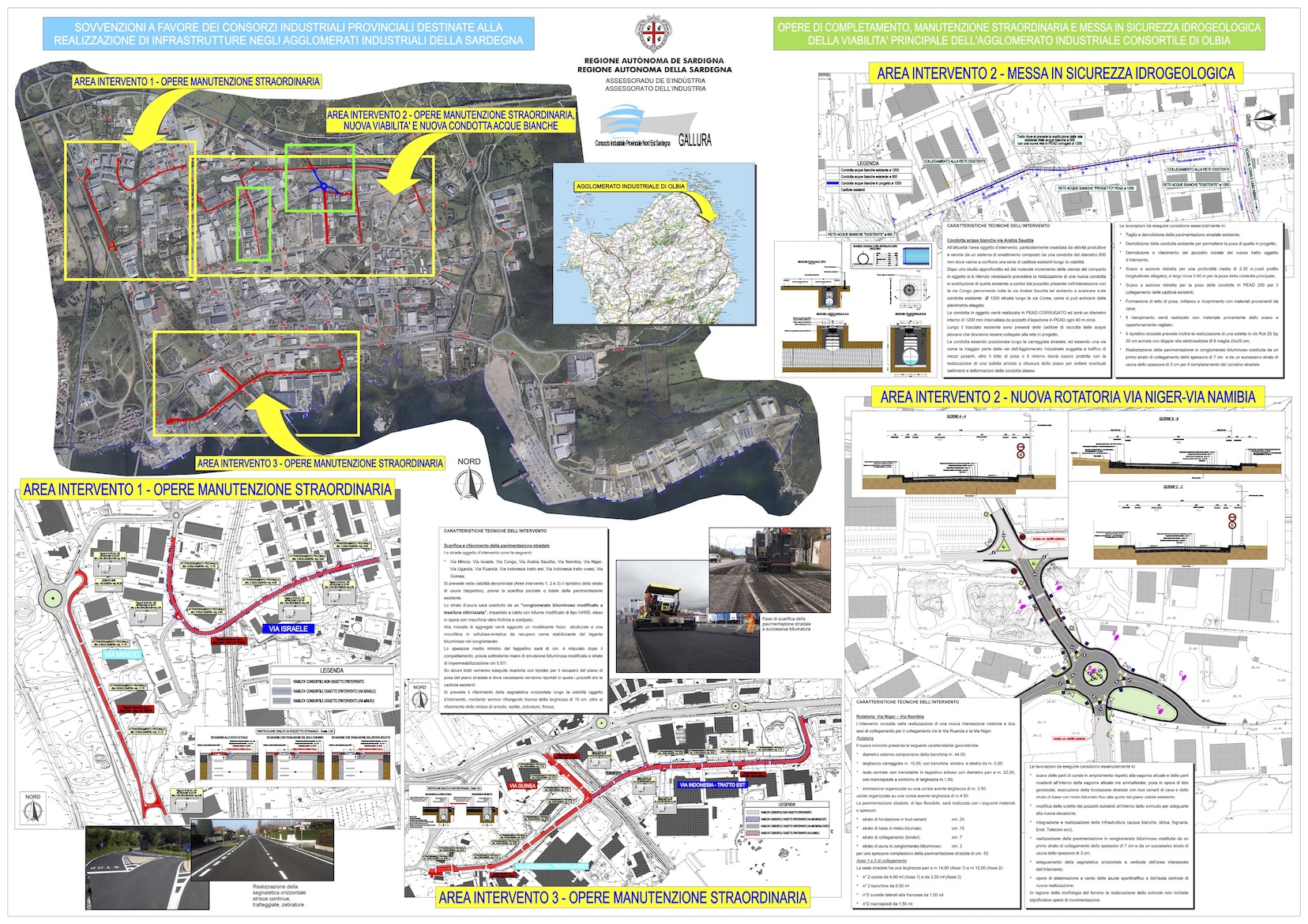 In response to a request from the Industrial Consortiums, the Sardinia Region has financed a series of infrastructure projects for the six regional development areas. The total amount of investment is 12 million euros. Cipnes Gallura has been allocated 2 million 279 thousand euros, with which the body will upgrade the Olbia production district: it will resurface the road surface of 10 streets, build a new traffic circle and construct a white water pipeline for hydrogeological safety.

The CIPNES requested the funding because of the state of degradation in which the road network of the industrial area is currently located, due to the intense vehicular flow of heavy vehicles (and not) coming from the center of Olbia, entering and leaving the ports and the ring road. This is creating inconveniences both to the travel comfort of users and to their safety. There has been an increase in the number of extraordinary maintenance interventions for mechanical sweeping and the repair of joints and potholes. In addition, there was rapid wear and tear of the mat and the breaking or loosening of the joints of some viaducts, which were promptly replaced. Let's see in detail the interventions, which will be carried out in three months (in the photo the map of the works).

Extraordinary road maintenance. The intervention consists in milling and resurfacing the roads of the following streets: Mincio Street, Israel Street, Congo Street, Saudi Arabia Street, Namibia Street, Niger Street, Uganda Street, Rwanda Street, East Indonesia Street, West Indonesia Street, Guinea Street. Cipnes will create the new layer after the partial or total milling of the existing pavement. The wearing course will consist of a "modified bituminous conglomerate with optimized texture", hot mixed with modified Hard bitumen. A physical structural modifier and a cellulose-synthetic microfiber to be recovered as a stabilizer of the bituminous binder in the mix will be added to the aggregate mixture. The minimum average thickness of the mat will be 4 centimeters.In the streets affected by the intervention, Cipnes will also redo the horizontal signage.

Hydrogeological safety of the road system. The CIPNES will realize a white water pipeline in Arabia Saudita street. At present, the area of the intervention, with many productive activities present, is served by a disposal system composed of a 600 mm diameter pipeline where a series of existing drains along the road system converge. Following the considerable increase in the number of users and after an in-depth study, CIPNES deemed it necessary to build a new pipeline to replace the existing one, starting from the well at the intersection with Congo Street, running all the way along Saudi Arabia Street and discharging onto the existing pipeline located along Korea Street. The pipeline will be made of corrugated Pead.