In the Cipnes district, a large production center is being created to replace the former Palmera 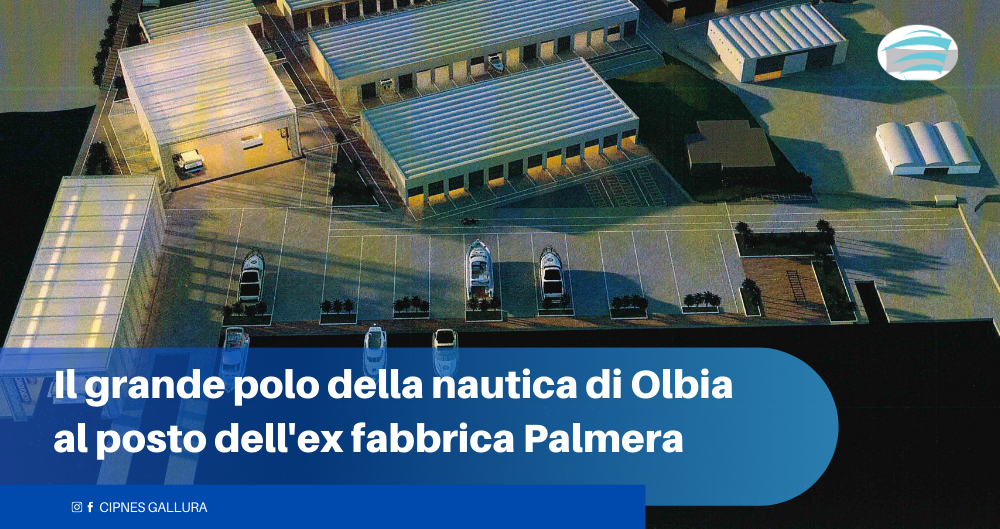 The American company Magnum Marine, based in Florida, has chosen Olbia for the marketing of its luxury yachts in Europe; the city will also be the site of the interiors production. "It is with great pleasure that I announce the agreement with SNO Marine Center, based in Sardinia," wrote Katrin Theodoli, owner of the shipyard, in a press release issued on February 9.

SNO Marine Center is a large nautical area that the company Sno Service srl, one of Italy's leading companies in the sector and with its operational headquarters in Olbia, will build in the former Palmera plant, in the Olbia production district. Sno has already obtained all the authorizations for the industrial, landscape and environmental conversion project, which fits perfectly into the strategic vision of Cipnes Gallura, which has played the role of facilitator of this important industrial investment. The Municipality of Olbia granted the demolition of the former tuna factory in October 2020 and in the same month also gave the green light to the construction of the nautical complex. The Superintendence of Cultural Heritage has expressed a favorable opinion on the project because it is "compatible for articulation, heights and volumes with the characteristics of the protected context" and because it provides for the "preservation of the facing stretch of coastline".

SNO Marine Center will be built on an area given by Cipnes; it will cover a total of 10 hectares and in the sheds there will be the production of Novamarine yachts. The objectives that will be achieved are four. First, there will be an environmental recovery of the area, built by Palmera in 1963 with materials that are no longer compatible. Second: there will be an improvement of the landscape aspect of the area, called Su Arrasolu, with constructions of excellent workmanship. Third: there will be a great industrial reconversion, the passage from the production of tuna to that of luxury yachts, which will strengthen the productive district of Olbia and the attractiveness of Destination Gallura. Fourth: the Cipnes area is increasingly consolidating its position as a leader in the nautical sector in Italy and the Mediterranean basin.

"The first Magnum Marine model to be imported by SNO Marine Center will be the new Magnum 47.5' outboard, which should be available by late summer 2021," wrote Katrin Theodoli. "All Magnum boats are built by Magnum Marine in Aventura, Florida, and any previous announcement that Magnum boats will be built outside the United States is incorrect. However, Thedoli points out that "European customers can order their Magnum boat with numerous options and various layouts and can also choose to have those interiors built and installed in Italy, as has always been the case in years past. SNO Marine Center will assist Magnum customers with all their specific needs."