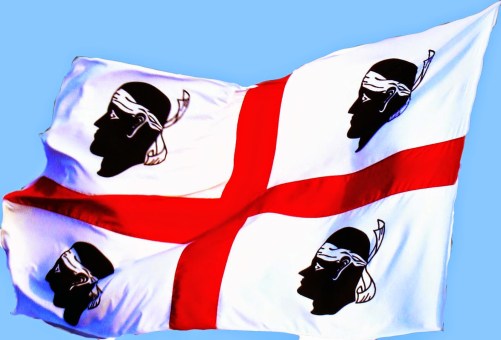 The Sardinia economic and productive structure, notoriously made by small businesses that are rarely connected to each other according to an integrated supply chain logic, has not always been able to value the regional territories and the rich and various local heritage.

For this reason, the programmatic guidelines, as defined in the Regional Development Plan (PRS 2014 - 2019) of the Sardinia Region, aim to stimulate policies of intercompany aggregation according to a "district" type development model capable of putting into system specific programming functions and innovative territorialized services.

Through the IEA Project (External Investment Attraction) contemplated in the Regional Development Plan 2014-2019, for example, the specific objective is to pursue the synergic system creation of complementary personalized assistance services aimed at facilitating the productive localization activities and the related regulatory burdens simplification.

The Sardinia industrial areas, naturally suited to welcoming local businesses through the essential services provision, are in this sense considered strategic for the relaunch of the Sardinian production system. The Island, already in the Regional Development Plan, places inside the centre of the political agenda the necessity to make the industrial areas more modern and innovative starting from a governance models redefinition of the of the productive settlements.

For this reason, as part of the "High Quality Institutions" strategy of the Regional Development Plan 2014-2019, the Industrial Development Consortia, by virtue of a process of corporatisation, will be called upon to play a fundamental role in the strategic management of the territory by overcoming the traditional "real estate" management function of the consortium areas.

As the main institutional interlocutor, the Industrial Development Consortia could play an important role in enhancing the productive factors and companies that make up the local territorial capital, ensuring the provision of integrated pre-investment and post-settlement services that serve to promote a competitive repositioning of existing companies on the market and attract new investors.

From this point of view, industrial consortia, through an active dialogue with companies, can become those "facilitators entities" of public-private partnerships which, through the creation of virtuous contaminations between the world of R&D, promotion, commercialisation and internationalisation, allow companies to achieve "innovation through cooperation" and bring their ideas to the market.

In line with the general policy guidelines on the governance of local production systems, the Region of Sardinia has adopted a series of complementary incentive instruments aimed at promoting the competitive development of businesses.

These include the "Investment Contract", an incentive tool also supported by the European Regional Development Fund, aimed at increasing the competitiveness of existing local production systems and attracting new investments through the financing of intercompany development plans based on the sharing of specific infrastructure and business services (production, logistics, marketing and sales) as well as through the industrialization financing  of the industrial research and experimental development activities results.

In this perspective, industrial areas, if properly "governed", represent a fertile ground for the location of such investments, considering that the Investment Contract is a tool for the implementation of action 3.3.1. of the ROP ERDF Sardinia 2014-2020, which provides support for productive investments and industrial reconversion of an innovative nature that contribute to a competitive repositioning of vital business systems territorially delimited.

Since the businesses innovation and competitiveness also depends on their ability to compete in non-regional markets, the Region of Sardinia, in implementing project 2.2 "Internationalisation" of the Regional Development Plan 2014-2019, has adopted the three-year Regional Programme for internationalisation 2015-2018.

This instrument, through incentive measures and calls for proposals managed by the Department of Industry, supports Sardinian companies and/or companies that want to locate in Sardinia by financing not only promotional-commercial actions but also parallel training and accompanying actions aimed at increasing the managerial skills of economic operators wishing to access international markets to enhance the production excellence of the Sardinian territory.

The local production internationalization systems is also promoted by the Industrial Areas Reindustrialization Fund, which in the form of "lease back", supports the of existing companies competitive development that also invest in R&S, valorization and internationalization of local resources.

In line with the objective of making industrial areas more attractive towards the exterior, the FRAI encourages the acquisition of buildings and/or entire industrial buildings in order to streamline and speed up the start-up procedures for new companies in the areas of industrial settlement and in the crisis areas and disadvantaged territories identified by law in the regional territory.

Policy: this site or the third party tools used by it also use profiling cookies helpful for the purposes illustrated in the information document about the management of personal data (privacy policy) and cookies. The use of technical cookies is essential for the site usability and by continuing to navigate you accept their use. If you do not agree to the use of profiling cookies click on Decline.
More information Ok Decline