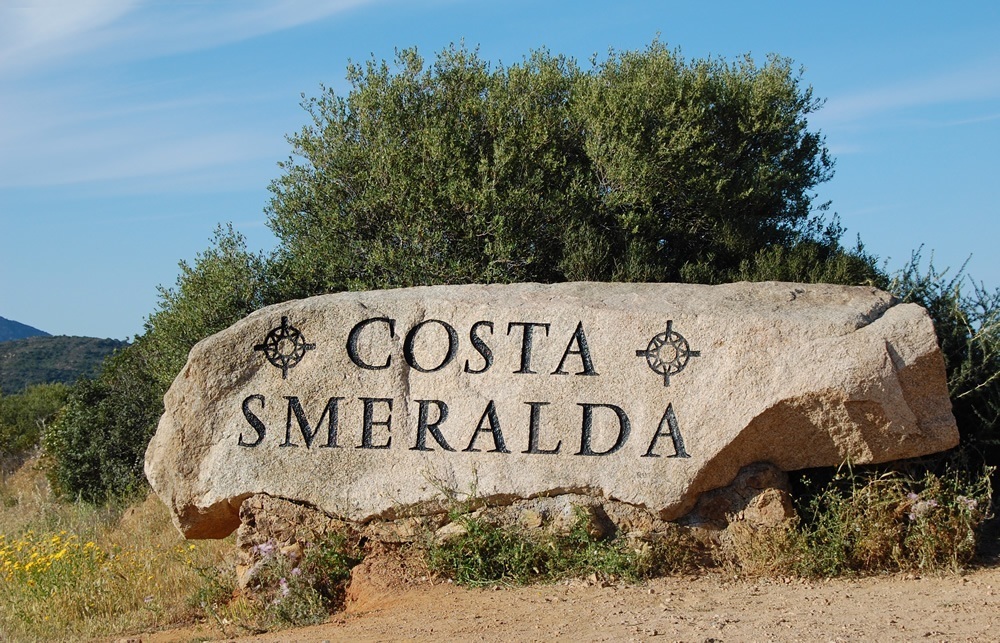 The Costa Smeralda, founded in 1963 on the initiative of the Ishmailiti leader, Prince Karim Aga Khan, occupies an area of 2400 hectares in the north-eastern part of Sardinia, and covers almost the entire territory of the municipality of Arzachena (the rest in that of Olbia). Protected by a registered trademark, the Costa Smeralda borders with many prestigious tourist resorts such as Porto Rotondo (a village created by the Venetian counts Luigino and Nicolò donà dalle Rose), Poltu Quatu, Baja Sardinia and Cannigione.

Extending over a stretch of coast of twenty kilometers, the Costa Smeralda is characterized by the presence of pristine beaches and numerous islands including Cappuccini, Bisce, Li Nibani, Mortorio, Le Camere, Soffi and the archipelago of La Maddalena. The heart of the Costa Smeralda is Porto Cervo (in Gallura dialect Monti di Mola), but other localities such as Romazzino, Capriccioli, Cala di Volpe, Golfo Pevero, Pantogia and Liscia di Vacca are well known and appreciated. Historical symbol of Porto Cervo, is the Stella Maris church, built in the sixties by the architect Michele Busiri Vici, which overlooks the new Marina and Monte Moro. with a style that fits perfectly with the surrounding architecture.

In 2012 the ownership of the Costa Smeralda, including the ultra-luxury hotels Pitrizza, Cala di Volpe, Romazzino, Cervo, Pevero and Tennis Club passed from the US financier Tom Barrack to the Emir of Qatar Hamad bin Khalifa Al Thani (who manages the sovereign fund of Qatar) for the sum of 750 million euros. The Arab state has recently acquired 49% of the capital of Meridiana, the airline founded by Aga Khan, based in Olbia, in the Costa Smeralda airport. Qatar is also building, south of the city and very close to the airport, the Mater Olbia, a clinic and research center of absolute excellence.