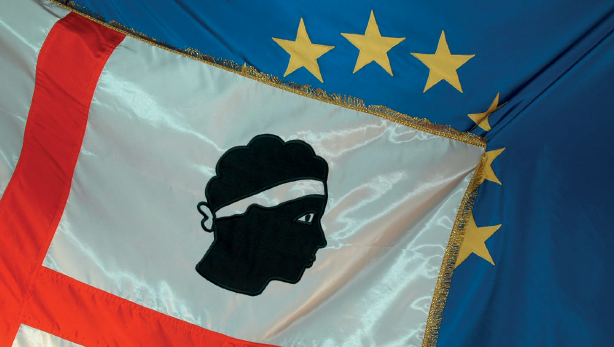 The new Europe 2020 strategy for smart, sustainable and inclusive growth is implemented through the Cohesion Policy of the European Union which, with a total budget of more than €350 billion for the period 2014-2020, plus national co-financing and other private investment for an impact of around €500 billion, aims to reduce the backwardness of the less developed regions and the gap between the various European regions to promote balanced economic and social development.

In our country, the EU cohesion policy, is set out in the "Italy Partnership Agreement", adopted by the European Commission in 2014, which defines the general objectives and priority strategies for the development of the country, the allocation of available financial resources between the various areas of intervention, as well as the methods for the effective and efficient use of European Structural and Investment Funds (EIS).

The European Cohesion Policy includes among its priority thematic objectives such as the competitiveness promotion  of SMEs (OT3) through the strengthening of research, technological development and innovation (OT1) as well as favouring a better access and use of ICT (OT2), with a view to developing an increasingly sustainable economy also from the environmental point of view, which in Italy are pursued through the implementation of the above mentioned Operational Plans, all of which share the general objective of supporting a competitive repositioning of the national productive system, with particular attention to regions lagging behind in development.

Mainly financed  with resources from the European Regional Development Fund (ERDF), which operates in close synergy with the European Social Fund (ESF), the European Agricultural Fund for Rural Development (FEARS), and the European Maritime Affairs and Fisheries Fund (EMFF), the intervention measures in favour of businesses consist of direct financial interventions aimed at acquiring the innovative, tangible and intangible instruments necessary to be competitive on the markets, as well as indirect infrastructural interventions that can improve the operating conditions of the various territories, making them more attractive to the outside.

Alongside Community funds, the Italian State has a Fund for Development and Cohesion (FSC) for national cohesion policy which, with an allocation of approximately 39 billion euros for the 2024-2020 programming period, implements the constitutional objective of removing economic and social imbalances, particularly in less developed areas where these resources are in addition to ordinary resources and to Community and national co-financing in line with the principle of "additionality" of the European Union's Cohesion Policy.

Finally, the desire to create a favourable environment for the general relaunch of Italian Industry has recently led to the adoption of the National Industry Plan 4.0, which represents a set of organic and complementary measures aimed at supporting various types of companies, from innovative start-ups to established businesses, through instruments that can enhance every phase of the production cycle, from subsidised credit for initial productive investments in capital goods to tax credits to reward companies investing in R&D, to tax breaks for start-ups and innovative SMEs investing in equity crowdfunding.