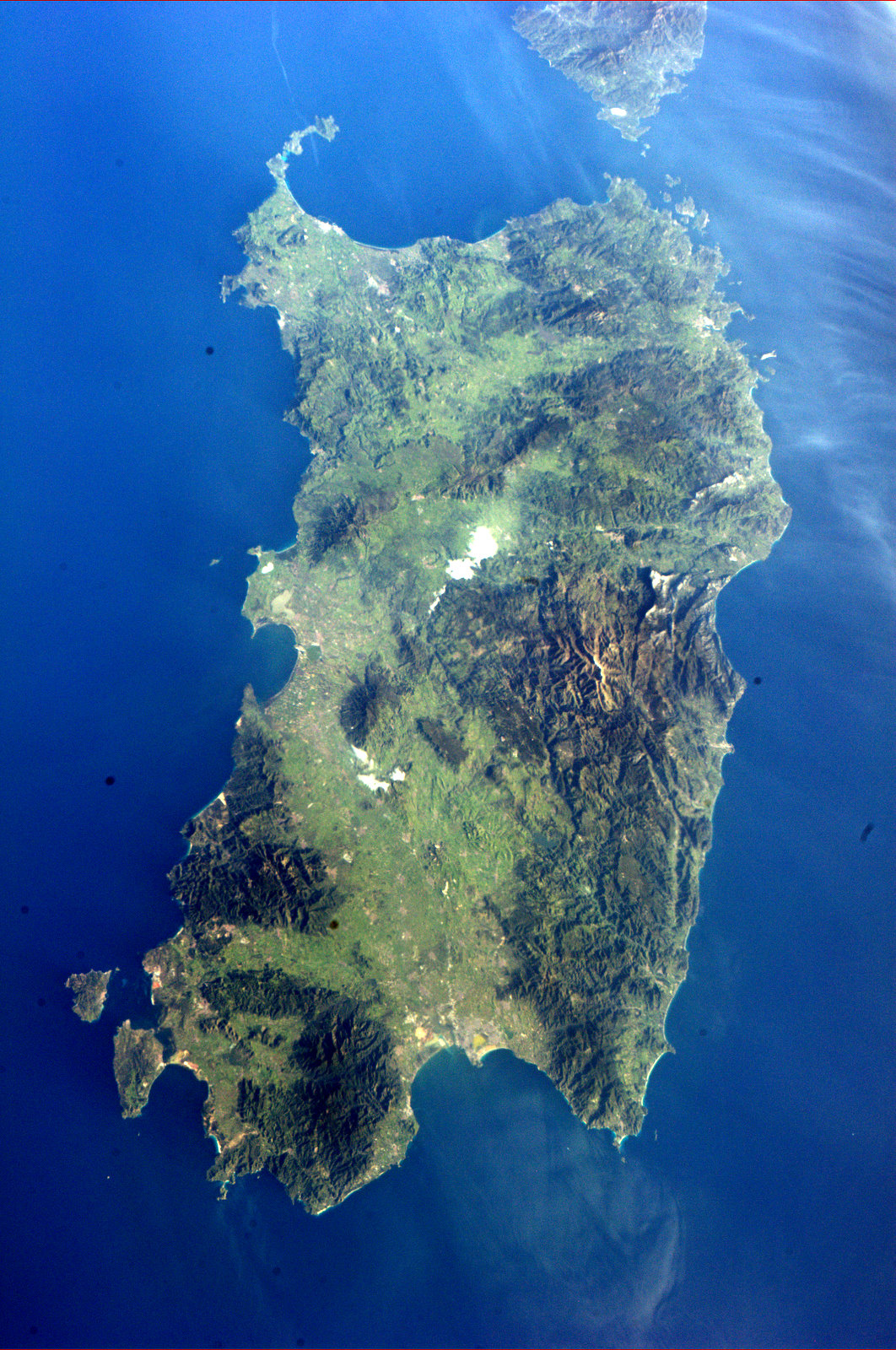 The economy - Economic activity in Sardinia grew in 2016, mainly thanks to the (moderate) consolidation of consumption, against a further weakening of exports.

According to Bank of Italy surveys, the turnover of companies remained stable overall and productive investments decreased. For 2017, on average, operators confirm that sales have remained stable and accumulation activity has resumed. The construction sector recorded a slight decline, with a reduction in investments in new construction, especially those related to the construction of public works. On the other hand, the contribution of private demand for the renovation of residential properties remained positive. The dynamics of services were still favourable: further growth in tourist activities and, in transport, an increase in passenger traffic contributed to this: goods flows decreased, reflecting the weakness of industrial transformation activity.

The credit to the productive field has stabilized, after the light increase of 2015, above all beacause of the loans slowdown to the greater companies and the manufacturing section; On the contrary, there has been an acceleration of financing to service enterprises, for which there has been a strengthening of investment activity.

The labour market: employment in the region decreased again during the year, particularly in industry and construction; only in non-trade services was there an increase in the number of employees. Recruitment on permanent contracts has been reduced, partly due to the decline in decontribution since the beginning of the year. Unemployment as a whole has remained stable, but long-term unemployment has risen and is often associated with worse quality jobs than before, once back into employment.

Households: at the beginning of 2016, households in Sardinia's economic situation was slightly worse than in the previous year, but remained predominantly positive. Consumption continued to increase gradually and the recovery of the real estate market continued with moderate intensity, with an increase in residential property sales and a substantial stabilisation of purchase prices.

Loans demand remained sustained, reflected in an increase in credit disbursed both for consumer financing and for the purchase of homes; supply conditions remained relaxed. The modest returns on deposits at maturity, combined with a customer preference for investments characterised by greater liquidity and lower risk, continued to favour the growth of current account deposits.

The credit market: the process of restructuring the physical network of banks in the region continued in 2016, with a decrease in the number of counters and the number of banked municipalities. The use of alternative customer contact channels, in particular internet banking, has further developed. The moderate expansion of loans was accompanied by a further improvement in bank credit quality during the year. In particular, the flow of new impaired loans from the production sector was reduced; the stocks of impaired bank loans in relation to total loans stabilised. In recent years, following the increase in impaired loans in banks' balance sheets, the share of non-performing loans sold or written off due to losses by intermediaries has increased.

Public finance: in the average of the three-year period 2013-2015, the primary expenditure of local governments in Sardinia decreased slightly, mainly due to the containment of personnel costs; those relating to the health sector continued to increase, albeit to a limited extent. The reduction in current expenditure was offset by an increase in capital expenditure, which accounts for about one-sixth of the total.

Current revenues also declined, reflecting the containment of the local tax burden and the decline in transfers to local authorities in the region. According to last year's figures, the debt of local governments in the region has slightly decreased.

Income: according to ISTAT data, in 2015 disposable income in real terms is equal to 15,178 euro in per capita terms, compared to 18,173 euro of the Italian average: 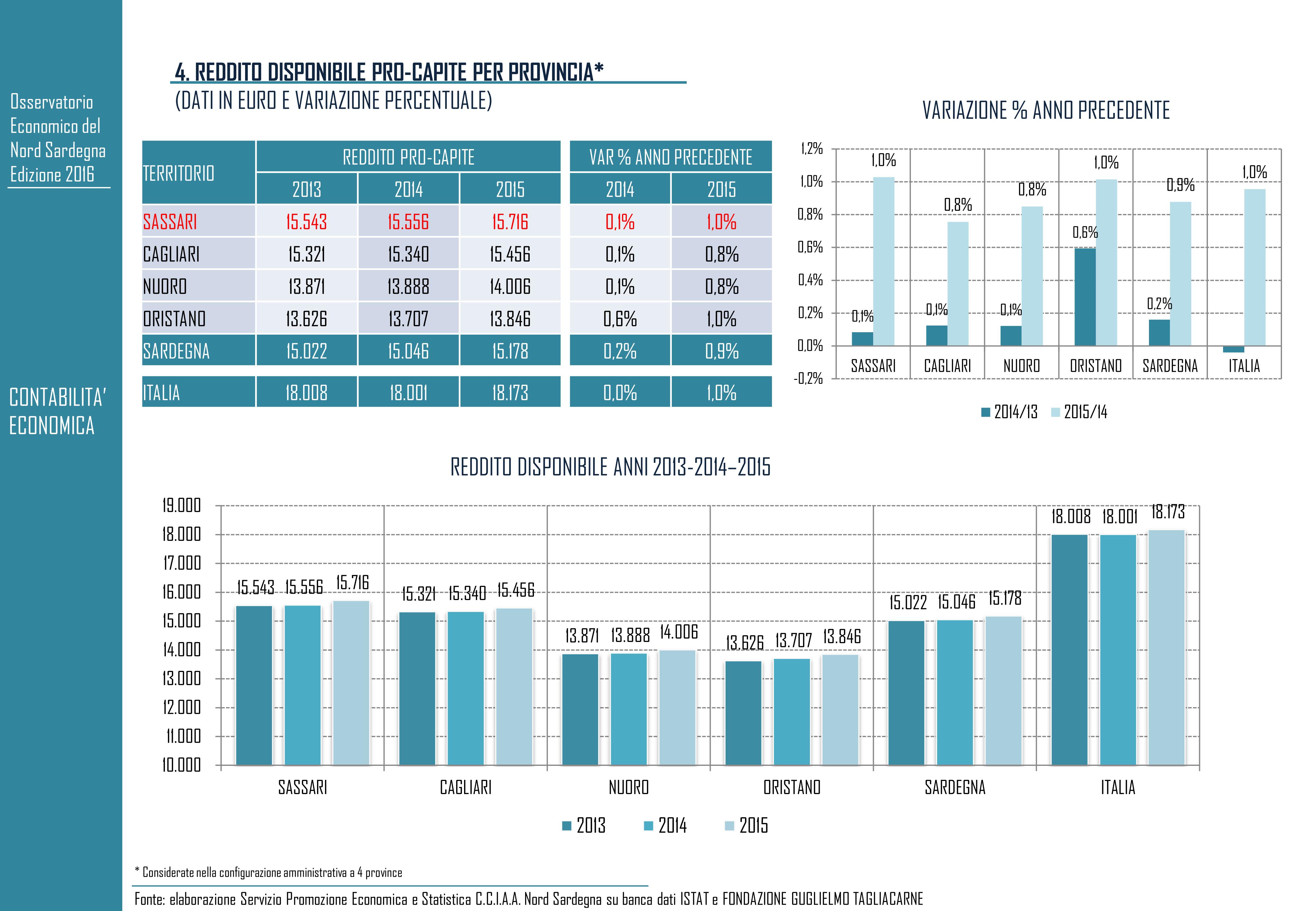