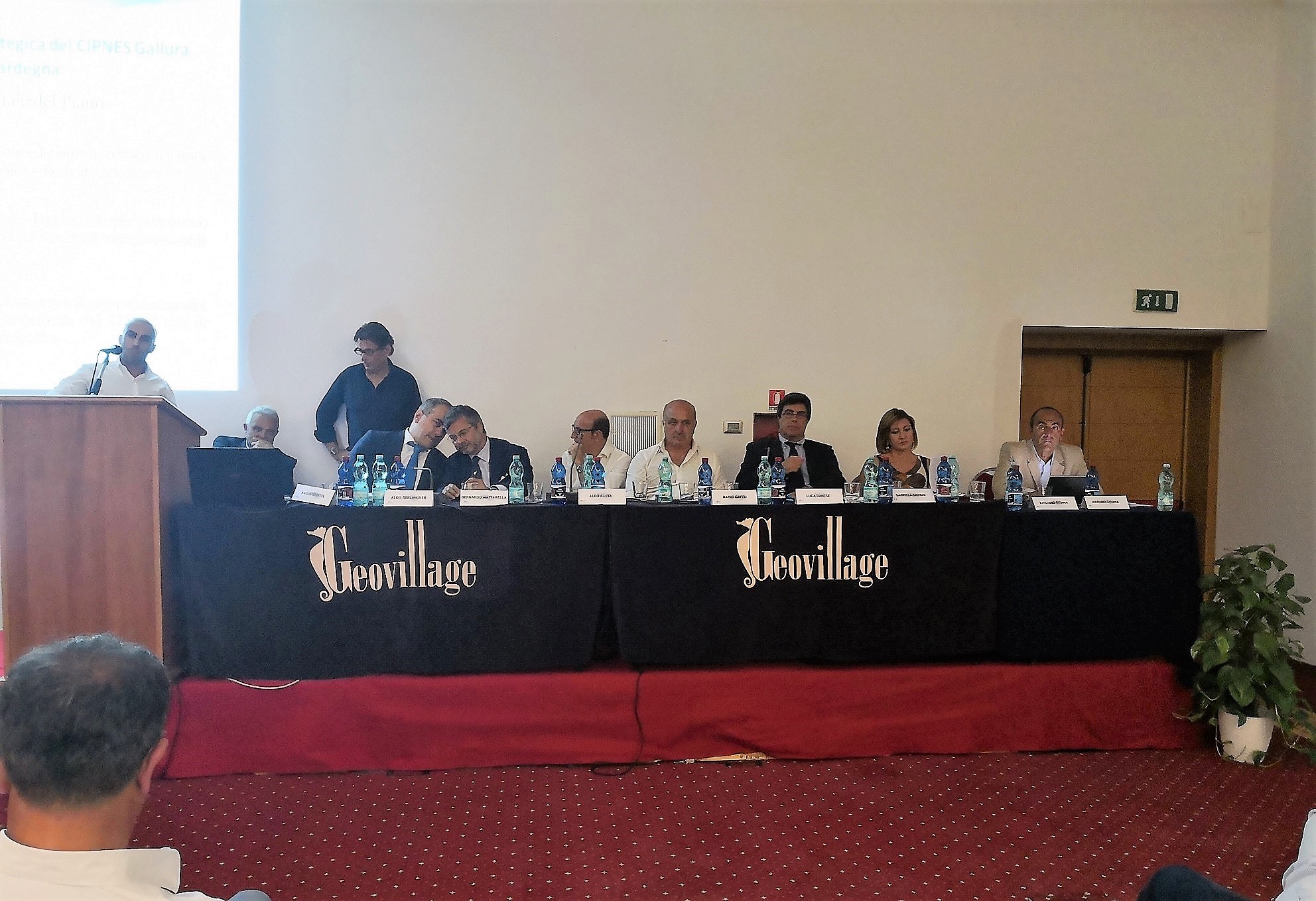 The conference organized at the Geovillage of Olbia by CIPNES Gallura was a success. Special Economic Zones have been mentioned: areas that are limited and defined by laws in which bureaucratic, administrative and fiscal processes are simplified in function of an easy establishment of new economic realities.

A crowded room with institutions, professionals and entrepreneurs listened carefully to what was analyzed by the numerous speakers of the conference, which was also accredited by the Order of Olbia Tempio Accountants and by the Doctors of Agronomists.

To play host the Mayor of Olbia, Settimo Nizzi, which after the institutional greetings has emphasized the active role and the collaboration that the Municipality of Olbia has made available to facilitate the implementation of a strategic plan for the Special Economic Zone creation.

The conference continued with the Pier Luigi Caria intervention, Regional Councilor for Agriculture, who, on behalf of the whole Council, expressed the utmost willingness to pursue the objective, which provides for the creation of Zes in Sardinia, through appropriate regional framework rules delegating to industrial consortia the details and legislative project implementation.

Then the floor has given to the president of CIPNES, Mario Gattu, who thanked the attendances and highlighted how the Cala Saccaia body is particularly committed to the territory growth and how important is the of the Special Economic Zone institution.

More detailed and full of normative references was the intervention of the of CIPNES general director, Aldo Carta, who precisely exposed the history of the Zes, which would have been foreseen, with different names, already in the special statute of the Autonomous Region of Sardinia in 1948.

It is with the Port Authorities reform in 2016 that the topic has is back to being topical and the depressed economy regions of the South will be the ones that will be able to benefit significantly from the new legislative instrument.

Aldo Carta also recalled that the Sardinia region with resolution n. 21/4 of 15 April 2016, shared with the Municipality of Olbia the need to activate a "non-closed" free customs zone with an attached authorization within the "functional inprovement" regime, in line with the choice of the Olbia Municipality, has identified Cipnes-Gallura Industrial Consortium the managing entity.

The conference continued with the speeches of Antonio Catgiu, deputy Director of CIPNES and Gian Paolo Saba, from the CIPNES European Programming Office, who described the state of fact and the strategic plan of the Institution. CIPNES intends to allocate to the Special Economic Zone about 300 hectares, proposing itself as a true partner in support of the enterprises, able to coordinate functions, services and resources implementing on local reality the planning idea placed at the base of the legislative initiative on Zes, in order to value the 4 driving sectors of the consortium agglomeration: agroalimentary, logistic, nautical and natural stone industry.

The speech of Prof. Aldo Berlinguer, full professor of Comparative Law at the University of Cagliari and maximum expert of the subject in question, as well as curator of the in-depth study "Ports, retroports and special economic zones”, has opened the discussion to the external speakers partecipating at the convention.

According to Berlinguer “Zes are containers where inside there is everything that can facilitate businesses and make their permancence welcoming and attractive. They are places where the State stimulates and helps the production processes. Zes systemizes great infrastructures, competences, services with the simplification of the bureaucratic procedures, customs charges reduction and differentiated tax system that rewards those who produce and those who export the most”.

Of particular interest was the intervention of Bernardo Mattarella, Managing Director of Medio Credito Centrale SpA (a company with a sole shareholder INVOLVINA SpA), which underlined the importance of the credit to access by companies, especially in Southern Italy. Mattarella has therefore announced the subscription, occurred shortly before the convention, of an agreement with the CIPNES-Gallura (the first of this type realized in Sardinia) finalized to facilitating the access to credit and entrepreneurial development for companies located and operating in the consortium industrial area, which are considered worthy in order to obtain public support facilities.

The intervention of Gabriela Savigni, President of the Olbia Tempio Accountants Order, has mainly concerned the need for the companies to make easier the tax management to which they are subjected, seeing in the Zes as an important instrument of attraction and simplification.

Very rich of contents has also been the participation of Massimo Deiana, full professor of Maritime Law at University of Cagliari and president of the Harbour System Authority of Sardinia, which illustrated the importance of the Harbour authority and ports in particular, in the development of a coordinated project for the establishment of special economic zones, announcing the maximum collaboration of the agency of harbour coordination by him presided, for the management and the development of the strategic plan that carries to the institution of the Zes. 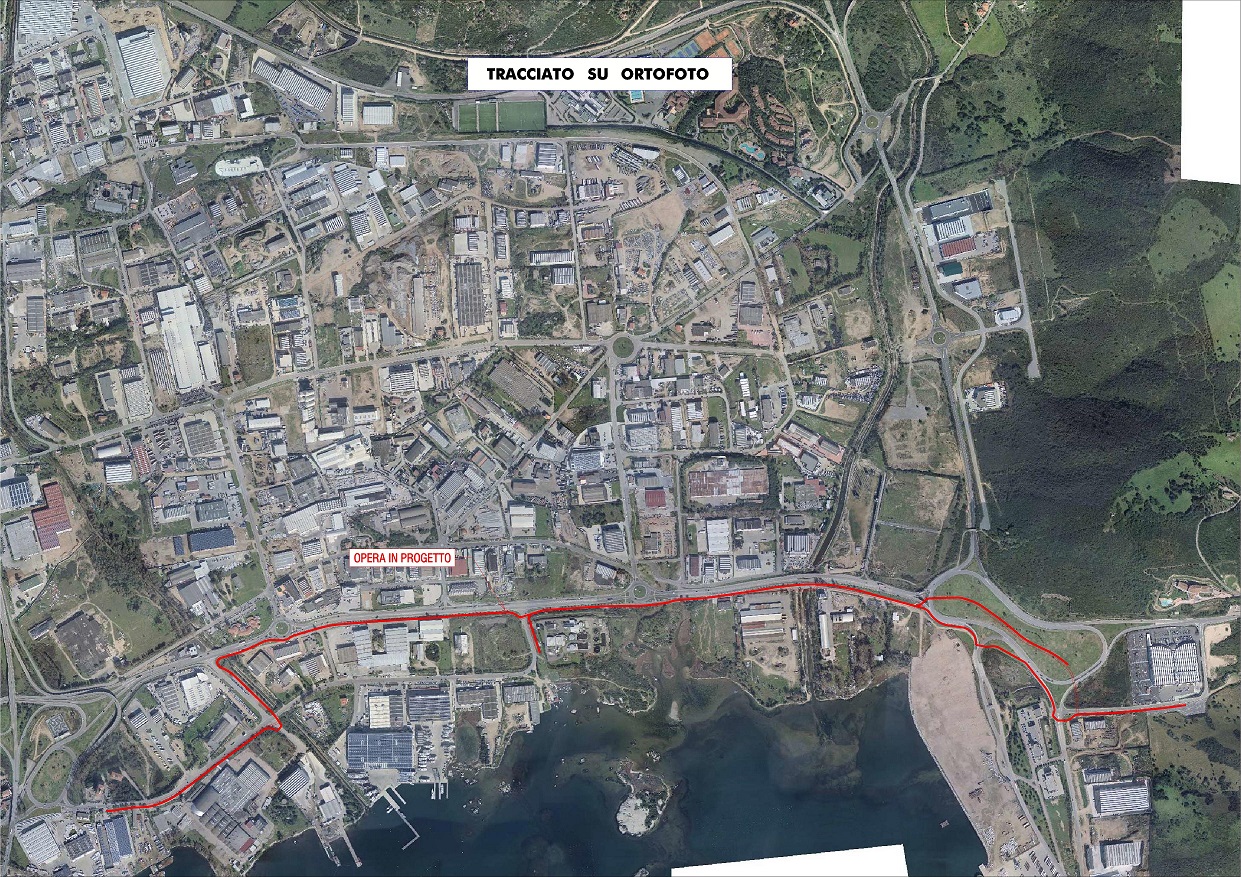 The Regional Department of Industry has issued the Unique Authorization to Cipnes Gallura (determination 244 of 23 April 2018) for the construction and operation plant for the electricity production from renewable solar photovoltaic source with about 2 MWp power (to be exact 1969,92 kwp), positioned on roofing canopies of a running and cycle path inside the industrial area of Olbia. The work is already financed with a 20-year loan of about 5 million euros without interest, fully refundable with the reduction of energy expenditure, dispensed by the European Community funds “Jessica”.

The cycle and running track, whose works will begin next autumn, will be built with colored photovoltaic panels and will wind, starting from the peri-urban entrance of the Olbia industrial consortium district (opposite McDonald's), towards the coast road of the industrial area to Golfo Aranci until the archaeological site of Pozzo Sacro, nearby the Pittulongu’s and Golfo Aranci’s beaches.

CIPNES with INSULA at the Cibus of Parma

INSULA has participated with its “Longevity Food” platform (Hall 8, stand F29) with a corner of 60 square meters at the 19 edition of Cibus, The International Food Exhibition in Parma from Monday 7 to Thursday 10 May 2018.

The Insula delegation, a regional territorial marketing program supported by Cipnes Gallura in its capacity as implementing body, was headed by the project manager Massimo Masia, who coordinated the exhibition and the marketing work of the associated companies, belonging to the production chains and identity cards of Sardinia.

During the days of the Fair, from 12 to 14, three Sardinian chefs, with the help of two presentation workers and three export managers, proposed numerous traditional sardinian dishes through a show cooking action, already greatly appreciated by buyers and consumers on the occasion of the Tuttofood Fair in Milan (May 2017), which coincided with the debut of Insula outside Sardinia.

The main mission of Insula Longevity Food is to promote products from Sardinia, one of the blue zones, the places in the world (Sardinia, Ikaria, Loma Linda, Okinawa, Costa Rica) where the standard of living is higher thanks also to food, with the consumption of healthy and natural products. "The rest of the world and the rest of Italy - explained Roberto Bernabei, Director of the geriatric department of Gemelli hospital in Rome and president of Italia Longeva (the network wanted by the Ministry of Health - should learn from these populations lifestyle ". In the blue zones you don't smoke, you attach great importance to the family and you make forced movement because we are talking of steep territories that obligate healthy walks.

The Sardina Longevity Food network proposes itself as an authoritative testimonial of the new Made in Italy for the Longevity Economy, an emerging sector which develops in the world a volume of purchases of over 15 trillion Euros, the third largest market after USA and China.

Cibus 2018 was a record edition with 3100 exhibitors, 135 thousand square meters of exhibition spaces and 80 thousand professional visitors expected, of which 20% from abroad, including 2500 top buyers. Over 1,200 products were presented at the event in a dedicated area set up inside a new pavilion. The operators were able to taste the news also thanks to the succeccion of cooking shows, with the best chefs engaged among the stands, but also in the space dedicated to typical products of the Italian territory.